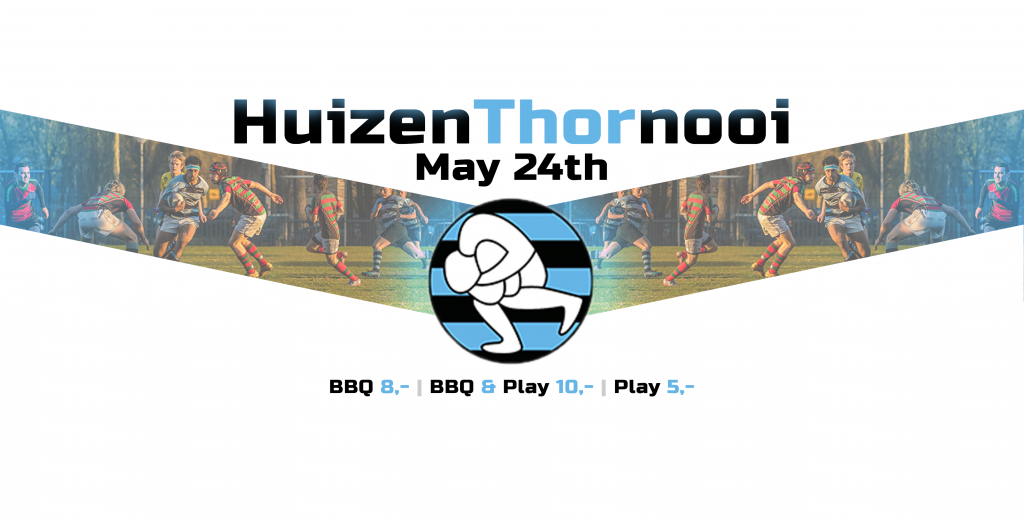 The time has come again for the most legendary open rugby Thornament of the year: the yearly HuizenThornooi!

HuizenThornooi is an open rugby tournament for everyone, no rugby experience required! Sign up with your roommates, vvv’tjes, or just any random stranger on the street and play against other teams for eternal glory!

Afterwards, there will be a BBQ, refreshments, and a party on our beloved boat. Didn’t win the competition? Don’t worry, you may still qualify for the best-dressed team, so start thinking about those outfits!

What do I need?

A full team consisting of 7 players in the field, and some additional substitutes. To keep it fair and fun every team can have at most 2 experienced rugby-player in the field. If you struggle to assemble a full team don’t worry, you can also sign up as a smaller team, or individual. We will merge smaller teams into full teams.

An Iconic name: What’s epic about rugby team if it doesn’t have an epic name!

Teamkit: A super sexy outfit matching your epic team name! Shoes with studs are a pro but normal running shoes work as well.

But I’ve never played rugby before?

No problem, you’re exactly the target audience. The rules will be specially adjusted to cater the inexperienced players (see below). Further more we will have a micro rugby-clinic to get you up to speed with the art and skill of rugby!

If you don;t know what these rules mean, don’t worry: they will be explained during the introduction trainings