The home of Thor is a known place for a lot of students in Delft. It’s not a regular club house or sports canteen, but it’s a remarkable old inland ship. De voorwaarts is located in the harbour of Nieuwe Haven, at the edge of the TU campus and only 1km away from the sportcenter. The 33 meter long ship is Thor’s home since 19 februari 1995. The boat can float, though it’s not sailing anymore, since the motor has been removed during reconstruction work.

The boat is fully equipped as pub, including running water and electricity, basic kitchen and toilets. Last but not least: our large bar where cold drinks are served.

The cozy indoor bar area, equipped with beamer, light and sound system, is multifunctional for all events; from dinner to watching a match on big screen, from meeting to themed party.

The outside terrace deck is a perfect place for barbecues or long summer nights.

A big part of the club life as member of SRC Thor is spent at our beloved boat. Dinner and drinks are served each Tuesday night after rugby practice.

After matches on Sundays, we’ll celebrate the victory or drink away our loss, often together with the opposing teams

Check out the teams 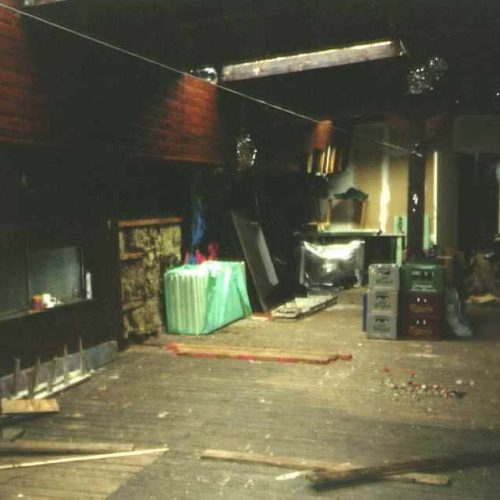 Before the boat had become the iconic clubhouse of Thor, the members had their club nights at the location of student rowing society of Proteus. On February 19, 1995, the boat came into service as club house after a long period of construction work by the club members. The date February 19 has since been known as the “Van Der Velde Dies”: as a tribute to the “finder” of the boat.

The ship, of the type ‘klipperaak’, was built in februari 1915 by a company called Rijnvis from Hoogeveen. The boat is 32.80 long and 5.04m wide. Before the ship was taken by Thor, it was presumably used as a weed plantation, while in the early years served in industry as an inland transportation ship. While the name “voorwaarts” is only used when Thor took it into use, the name has had several changes: starting as “risico”, later in 1954 renamed to “Jomi”, and “Diwo” from 1960. 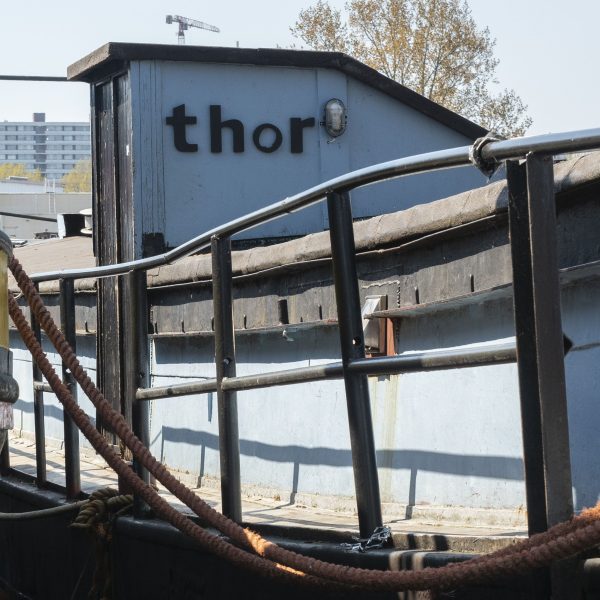 Curious to experience the real rugby culture outside the pitch?

Come and have a drink at the Thor boat.

This is NOT the location of the pitch. For navigation directions to the sportscenter (parking and rugby pitch, 1 km away), please check out the Contact page.